My Mom, the Sears Catalogue, and the Church

My 88-year-old mom had selected those words of Jesus for her funeral text sometime after my dad died 30 years ago. During Christmas week my mom got the flu, quickly declined and went home to heaven before the new year!
The last days on earth when it got hard she was trying to sing. Sing! “Jesus loves me, this I know…” Not a bad conviction to have on your heart as you step from this life into the next!
I shared in the funeral sermon that it’s interesting that my mom lived planning to die, knowing that when she died she planned to live again.

Before there were Black Friday and Cyber Monday, there was the Sears Catalog!

Let me connect this to one of many childhood memories. Every fall my mom would pull out the Sears catalog when we were kids on the farm and invite us to pick out Christmas presents we might want. It was an annual rhythm. In that context I received the following observations from my friend Bob Shank. Bob writes mostly for business leaders. By permission, I’d like to share an unusually long excerpt and then a final thought.

“Richard Sears was a railroad station agent in the 1880’s in North Redwood, Minnesota. A shipment of watches arrived in his remote frontier rail office, destined for a local jeweler who turned down the delivery. Sears bought the watches, resold them… and the rest is history.

Along with a partner in Chicago – Alvah Roebuck – he saw an opportunity in making big-city merchandise available to rural farmers who were captive to general stores with limited inventories and floating high prices. They published their first catalog – using the railroads to deliver the goods – and the rest is retail history.

The first Sears Roebuck store didn’t open until 1925, after the company had gone public and made its mark as America’s source of everything from dolls to kit houses, sold and delivered without a brick-and-mortar retail presence. Originally, their stores emerged alongside fulfillment warehouses; later, they would become anchor tenants in suburban shopping malls across America. Originally established as an alternative to the limited-inventory general stores, they ultimately became the general store institution, and their decline began…

Today, many analysts are suggesting that Sears’ real estate holdings are of greater value than the operations they were built to house. Their catalogs are long-gone, and the panache of their retail outlets disappeared with the advent of upscale department stores on the other end of the mall. Sears is now worth more as a real-estate play than as the once-giant retailer who once defined the category.”

Last Saturday’s Wall Street Journal had a strange photo on the front page, above-the-fold: an adolescent skateboarder doing tricks on an indoor skate park ramp… set up in the Church of St. Joseph, in Anhem, Netherlands. The headline below the photo: Europe’s Empty Churches Go on Sale.

A full page of the front section of WSJ, exploring the phenomenon of a community category – local churches – that once commanded the best corners near the city centers of western Europe, but today are empty warehouses of religious art seeking to be repurposed.

…Unless these trends change, ‘within another 30 years, the situation in the U.S. will be at least as bad as what is currently evident in Europe’…”

Has the Christian faith become a distressed portfolio of real estate, no longer needed by a world not looking for another obligation to attend a meeting?

Jesus’s professional career was in real estate: he was a building contractor in the village of Nazareth until He launched His ministry. The earliest – and, some would say, most dynamic – years of the Christian movement established virtual communities of faith who had no plans to build real estate portfolios. They needed no building to house their personal God: “Do you not know that your bodies are temples of the Holy Spirit, who is in you, whom you have received from God? You are not your own; you were bought at a price.” (1 Corinthians 6:19-20).

Every week PLI encourages and supports and coaches and trains courageous women and men who are not daunted by such trends and challenges. They lean heavily into the Mission of God…as the Father has sent me, so I send you!
Leaders lift up vision that is bigger than buildings and futures that are not hamstrung by cultural shifts and conditions. The Gospel still has the power to change lives. The Spirit still works through Word and Sacrament. 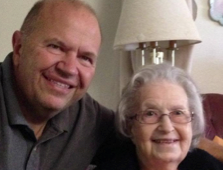